Coaches Leaving The Sidelines Earlier Than Ever

Kent McBride once made news as once the youngest college coach in America. He took over his alma mater, Concord, at the young age of 27 years old. At that age, to be in the top chair at a college, the sky seemed to be the limit. In retrospect, it probably was.

Slowly over time priorities started to change. McBride got married, had a family. Coaches understand this analogy, the job is like a drug. Slowly wins become a relief, losses are the lowest of lows.

Once the youngest coach in America, McBride knew what he had to do. Now the head coach at California, Pa., McBride decided to put down his clipboard and walk away, citing his young family and needing to focus his energy and passion in that direction.

“I really enjoyed my time at Cal,” McBride said. “The people up there were great. The president was great. The AD was great. But with a three-year-old and a one-year-old …

That night, he slept better than he had in well over a decade. He woke up refreshed, his first full night’s sleep in over a decade.

McBride is now back in Mullens, ready to start a new chapter.

His story got me thinking about coaches in general, high school and college in particular.

A college coach is just that, a coach. Outside of the smaller schools, a coach rarely has other responsibility, other than winning.

Hirings and firings are nearly as much of the landscape as the wins and losses that lead to them.

McBride walking away was certainly not the norm. But he was able to walk away on his own terms, which is rare on the college and pro level.

He could return one day, but not necessarily with the same mindset.

“I want to be able to coach him,” he said of his 3-year-old son Cam. “I definitely want to get into that, so I don’t know if it will be at the college level. Basketball is too far in me to where I’m going to sit back and do nothing.”

Coaches are stepping down at an alarming rate.

The pay, close to nothing at the end of the day, is simply not worth the demand.

The demands have grown on coaches, both at work and at home.

It’s a 365-day a year job. Where coaches once coached every sport, these coaches, outside of some assistants, are nearly extinct.

This cuts into the time at home.

“I talked to a lot of coaches who were older than me and they said when they looked back they wished they had spent more time with their kids when they were growing up,” McBride said.

The voice of the parents and fans often lead to quick exits as well.

Mingo Central is now searching for its sixth coach in eight years of existence.

Wyoming East’s Derek Brooks is the school’s fourth coach since the school opened in 1999, following Rory Chapman, who followed Jesse Lester who followed Gene Reid. Reid had spent 14 years at Mullens before coming over to take over Wyoming East in its first year and led it to a state title.

Shawn Jenkins is the third coach at Westside since that school opened in 2002.

He followed Nick Cook, who followed Jimmy Hopkins, who came over from Oceana after that consolidation.

The days of coaches spanning the generations is quickly becoming a thing of the past.

“I told Rory (a former Wyoming East teammate) and Nick, and this is a true statement. I said ‘Guys, you guys coach high school and there is more pressure on you to win then there is on me,” McBride said.

This will now be the norm in high school basketball, for a variety of reasons. The days of coaches coaching fathers and then sons, and in some cases, grandsons, is a thing of the past. 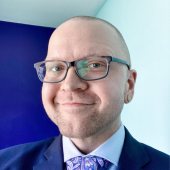 Are You Ready For Professional Creative Services? We’re Local.